How Uncertainty Kills Your Productivity 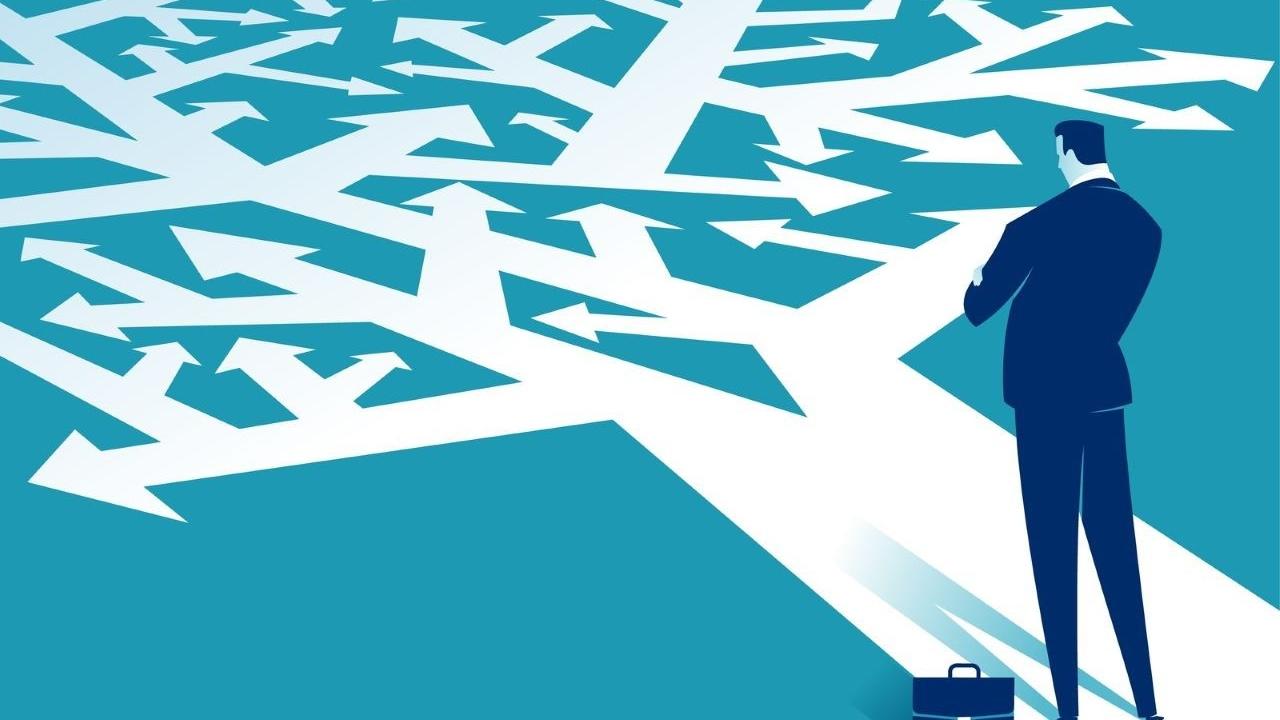 There’s a thief lurking in the shadows of your mind.

He’ll never break into your home or rob you at gunpoint. He just waits for you to invite him in. He stands beside you in broad daylight, quietly siphoning away your motivation, creativity, and drive.

His favorite mark? Entrepreneurs who take destiny into their own hands.

He targets people with enough talent to drive progress by the sheer power of their will. Anyone smart enough to have multiple options for building an empire, creating from scratch, or blazing new trails one step at a time.

Your enemy is uncertainty. He is the thief in the night. The killer of dreams. The kryptonite that drains your powers of productivity.

A Sudden Burst of Productivity

Have you ever experienced a burst of productivity and effortless focus? Did you ride the wave of creative synthesis, sidestepping hurdles at breakneck speeds?

For a moment, you held in your hands the two active ingredients of peak productivity. Clear goals and complete focus.

It may have been a single afternoon or a three-week explosion of rapid progress, but one thing is for sure…

Action and awareness merged into one. Time passed with barely an upward glance. You had fully entered the state known as “flow.”

And then it was gone.

You showed up like you always do. Like anyone who knows how to take destiny into their own hands. You were ready to work. You waited for your muse to carry you once more into that blissful state of effortless productivity.

What awaited you instead was the grind. Complications and questions. Setbacks and drudgery. It was like waking up from a dream where you could fly.

Was it even real? Are you capable of such feats of productivity? Or was it just infatuation with the latest shiny object that drove you to a temporary manic high?

Do you really know what you’re doing? Should you buy another info-product from your favorite guru? Maybe that’s a good idea. After all, you don’t want to waste your life chasing a dream that has no chance of success.

Why Uncertainty Is More Deadly Than You Think

The truth is, the upper limits of your productive capacity remain unknown. Because the upper range of your top speed has never been clocked without the handicap of cautious uncertainty.

He’s your pal, after all. Uncertainty saves you from all kinds of dumb mistakes. Why would you ever leave him behind?

And there’s the rub. The truth of our condition. We’d love to fly, but our old pal, “uncertainty” doesn’t have our wings. And we don’t want to leave him behind.

To enter a flow state, we must have certain triggers in place. And certainty is the most potent trigger of them all.

With a clear direction, you gain a feeling of certainty. Your mind is no longer divided between multiple possible directions. Your energy is no longer split among competing desires.

But for entrepreneurs, that’s the exception rather than the rule. Have you ever started a project in earnest, only to switch to something else?

For many of the entrepreneurs I’ve worked with as a productivity coach, the problem isn’t talent or the ability to get things done. Rather, the problem is that new initiatives are dropped about 25% of the way through.

Keep in mind, the market only rewards finished products and services. It doesn’t care how many good ideas you dabbled in. It doesn’t care if you have 10 projects that are 90% of the way done.

Failing to finish is the surest way to block your cash flow. And without cash flow, you jeopardize all the other genius ideas you could have pursued in the future if only your business had survived.

It’s not that you lack intelligence or a brilliant plan. It’s that you keep questioning your plan.

Sometimes it’s the fear of missing out when you notice a slightly better way to accomplish the same goal you had already begun working on. At other times it’s the realization that there’s a whole other playing field bigger than your own, and you’d rather start from scratch in that new environment than finish what you had begun.

This is the path that leads many of our greatest entrepreneurs in circles. It’s the dark side of creativity.

Fortunately, there’s an antidote to uncertainty, and it’s something that can double or even triple the speed at which you get things done.

The solution is to hold your breath to become invincible to uncertainty for short periods of time. Here’s what I mean by that.

Uncertainty is never going to go away. It will be your constant companion as an entrepreneur. Your only hope is to learn how to cope. And the best way to do that is to use short productivity sprints.

During these sprints you temporarily refuse to engage in any kind of big vision planning, outside the box thinking, or next-level leveraged ideas for “changing everything” with one big idea.

You simply refuse. Normally, that would be impossible. It would never work for an entrepreneur who has to be continuously aware of the cutting-edge in an ever-changing market landscape. But it works when it’s for a predefined period of time with a known end date.

Let’s say you set a 12-week goal. You use target mapping to work backwards from that goal, determining what has to get done each week to hit your target on schedule.

You assign yourself and your team to various tasks to bring this new goal into reality as a finished product that allows your business to ratchet upward toward success. Then you take a deep breath, put your head down, and work.

Any ideas for new directions to explore go into a bucket you’ll review on week 13. And here’s the key. You really will sort through those new ideas later.

It’s imperative that you create a reminder to review your big ideas later. Because that allows you to let go of the ideas for now. You’ll get back to those ideas, just not right now.

Are you ready to put this method to use? Then start small.

With any new method, it’s best to start with a short feedback cycle. You want to build on small wins. This prevents you from biting off more than you can chew and failing on your first attempt.

What do you need to get done? Experiment with that. Decide right now to work on that goal without questioning its value for the next three weeks.

Determine in advance that you will deflect any thoughts or questions that arise about whether this is the highest and best use of your time. Just focus on making real-world progress. You can come back to high level decision-making later.

Right now, you are just building your capacity for getting things done. You are expanding your lung capacity so you can take deeper dives in the future.

Let’s review. Uncertainty is your enemy. It robs you of productivity by diffusing your limited time and attention, preventing you from building the kind of traction you need to get things done.

You can defeat uncertainty by developing your capacity to temporarily resist its effects. You can develop that tolerance while practicing the art of getting things done.

The key is time-limited sprints. Work on existing projects while deflecting the instinct to constantly reconsider your current direction.

Start small. Use a short timeframe at first. Gradually build your capacity to get things done before reevaluating your plan.

In six months, look back at what you’ve accomplished. You may be surprised at how far you’ve come and your capacity for getting things done.