Why Slacking off Is the Ultimate Peak Performance Hack for Entrepreneurs 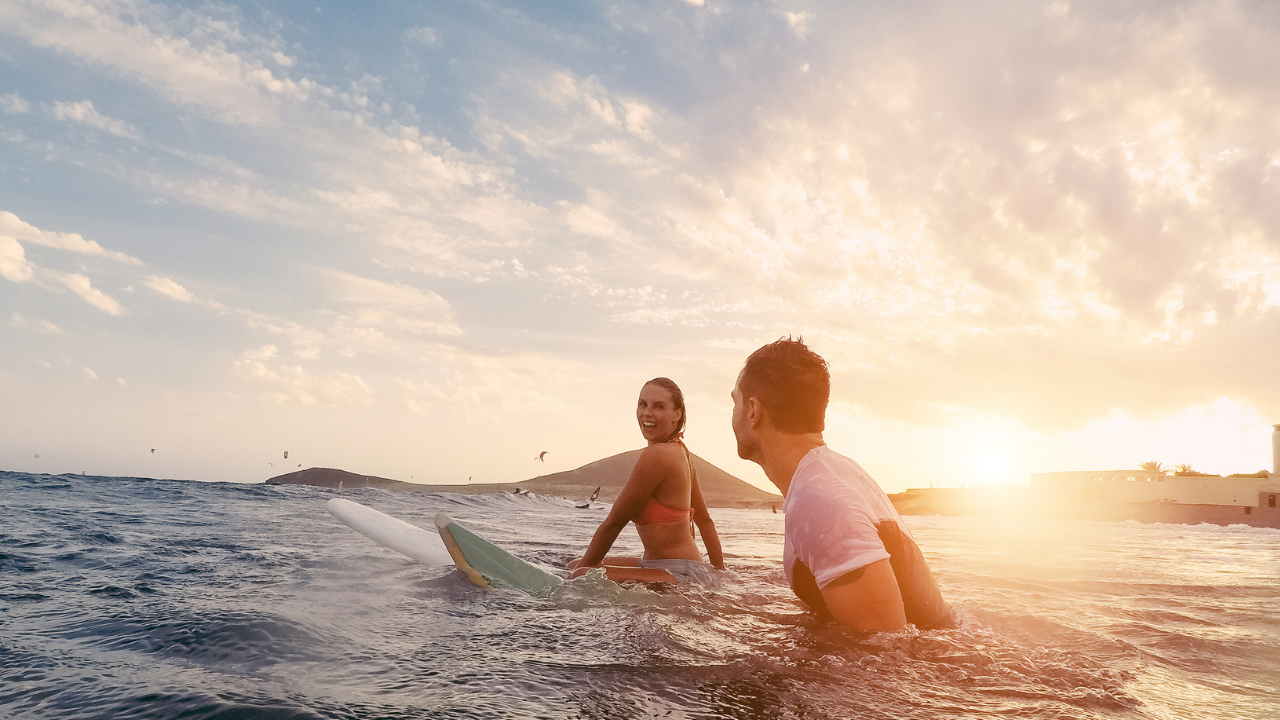 When You Think for a Living, Less is More

Here’s the thing most entrepreneurs don’t realize. When you live life at the extreme edge of your capacity, you significantly damage your creativity, drive, and productivity.

Existing at the limit of your capacity creates stress. Stress causes you to think small and play small in an effort to conserve energy, protect against failure, and hunker down just to survive.

You can and should use controlled sprints to expand your capacity to get things done. Just don’t let it become a marathon. If you try to constantly operate at full capacity, your mind automatically and subconsciously puts on the brakes, holding you back from your true potential.

Fortunately, there’s an antidote, and I’m going to explain that in a moment. But first I want to ensure you understand the problem.

The Problem: When Energy Lulls from Lack of Motivation

Years ago, I rented a U-Haul to lug my stuff across the country. And this particular truck had a governor installed on the gas pedal. It’s a mechanism that limits the speed you can drive (presumably a safety feature).

I got stuck behind a little white car that was going 64 mph. When I tried to temporarily budge my speed over 65 mph to pass, the governor prevented me from going even 1 mph over the speed limit of 65, forcing me to hold the pedal to the floor during the painful two minutes it took to get around that car.

As an entrepreneur, you can’t afford to have a governor slowing you down, operating in the background of your neurobiology without you even realizing it. Yet that’s exactly what happens when your mind perceives the future as a never-ending marathon ran at full capacity. Your brain begins to sabotage your efforts to expend more energy.

As a psychologist and productivity coach to entrepreneurs around the globe, many of my clients initially come to me with questions about energy, motivation, and drive. It’s not uncommon to experience an early burst of energy and success as you launch a new business, followed by a frustrating lull in motivation.

Those lulls are often followed by a gradual decline in energy, motivation, and speed of execution despite significant efforts to push even harder to break free of the feeling that a governor is holding them back. The cause? It’s how your brain is wired.

It’s a survival instinct. When you perceive a long road ahead, you instinctively and automatically try to conserve energy for that long, never-ending push.

What happens next is even worse. Low energy makes it hard to get stuff done. And when you can’t get stuff done, you feel stressed out. That stress diminishes your energy even further.

You see, operating at full capacity means you have no backup plan, nothing left in reserve if the demands of your business suddenly exceed the speed of your current productive capacity. This creates stress. It’s a kind of stress that emerges from feeling trapped with little control.

One thing that psychological science has firmly established is that control is our most powerful antidote to stress. If you took Psych 101 in college, you may recall a famous research study in which rats are paired up but placed in separate cages that are connected to a single electric circuit that sends random jolts of electricity through their metal cages.

As you can imagine, this is incredibly stressful to rats, and the scientists can measure the impact of that stress by looking at cortisol levels in the bloodstream. But if you give a rat control over that source of stress, their cortisol levels go back down to normal as soon as they realize they can turn off the electricity by pressing a tiny lever in the cage.

Meanwhile, the other rat (who experiences the exact same frequency and duration of shocks but who has no lever in his cage) shows deteriorating health and in some cases eventually dies from the impact of this uncontrolled source of stress.

They call the rat with the lever in their cage the “executive rat,” and the rat with no lever the “subordinate rat.” The executive rat gets shocked now and then, but it doesn’t stress them out because they know they can flip off that annoying stimulus any time it occurs.

Try to imagine a situation that pushes you into a state of high stress while you simultaneously have full control over the situation. It’s next to impossible, right?

How to Experience a Sense of Control Under Pressure

To dive even further into this concept, let me give you two examples. Imagine you are a college student with a term paper due tomorrow, you’ve only barely begun, and on top of that it’s your girlfriend’s birthday and you promised to hang out with her tonight. This is a stressful situation, right?

But then you remember the “due date” is one you self-imposed, wisely choosing an artificial deadline for yourself that was two weeks ahead of your professor’s actual deadline. You chose this due date to ensure you could still get the paper done in case you got sick or had an opportunity to take on extra hours at your part-time job.

You experience an instant wave of relief. The stress melts away because in this situation you have control. You still have to do the exact same hard work, put in the hours and get it done, but you get to do it on your own terms. Control is the antidote to stress.

Here’s the next scenario, inspired by one of my favorite movies, The Princess Bride. You’re in a sword fight to the death, and your opponent is proving to be more of a match than you had anticipated. In fact, it appears he may actually have the upper hand as the sword fight unfolds.

But this realization doesn’t stress you out because you’re fighting him left-handed; and you’re not left-handed. You just wanted a bit of a challenge. You can switch to your right hand at any point if you begin to feel nervous. You have control.

You may instinctively look at these examples and dismiss them outright, saying, “Yeah but those are dumb examples because there was no stress in those situations to begin with.” Of course, that’s the whole point. It’s nearly impossible to think of a situation where you would feel extremely stressed while simultaneously possessing complete control over the stressor.

What does this have to do with entrepreneurship again? Everything.

Many entrepreneurs are drawn to the lifestyle and challenge of owning their own business precisely because of the thrill of control. You get to control where you direct your time and attention, who you work with, for how long, and how you get it done.

The thrill of success drives you to push even harder, challenging yourself and your team to scale the business, expand operations, and set higher goals. Somewhere along the way, you end up becoming a bottleneck to the growth of your business. As you struggle to build the systems and teams to replace your own time, the work keeps piling up.

You begin to feel out of control. So, you work even harder and faster. Eventually, this becomes a bad habit. You operate continuously at the furthest reaches of your capacity. You begin to feel stressed because you no longer feel in control.

There’s a fascinating body of research emerging that shows how scarcity diminishes our reasoning ability. When money is scarce, your ability to make sound decisions about money drops significantly. When you’re constantly pressed for time, the time scarcity causes you to make increasingly poor decisions about how to allocate your limited time.

It’s as if scarcity lowers our IQ. And that’s one reason you don’t want to be constantly operating at the edge of your capacity as an entrepreneur. Whether it’s cash flow, the number of hours you can work, or your capacity for focused attention, you will perform poorly when the resource in question is in short supply.

In contrast, when you approach entrepreneurship as a series of sprints that you execute on your own terms, with full control over the recovery process, the governor comes off. You regain the capacity to hit new all-time highs in productive output. You get more done faster.

Am I saying you shouldn’t work hard as an entrepreneur? Actually, it’s the opposite.

I can teach you how to work harder by doing so in sprints. We can remove the governor that holds you back. The secret is working hard on your own terms, when you feel in complete control.

Early in my career I was impressed by the observations of one of my colleagues in the peak performance field by the name of Jim Loehr. He observed that we can expand our capacity by periodically and purposely pushing ourselves toward stress but doing so by our own volition.

Jim calls it “stress for success.” If you always try to diminish stress, your capacity to endure stress decreases over time. It’s the same thing that happens if you never exercise a muscle to avoid the feeling of exhaustion. Over time, that muscle will atrophy, becoming weaker and smaller over time.

But if you purposely expose that muscle to a load that exceeds its comfortable capacity, the muscle begins to adapt. In time, it takes a greater and greater load before that muscle even registers any stress from picking up the heavy weight.

This is what happens when I train entrepreneurs to approach productivity in sprints. You purposely push yourself outside your comfort zone for short periods when you don’t have to. This makes your normal workload feel easy. This restores a feeling of control.

You avoid the tendency to immediately reach for max capacity every time you create even a little bit of slack for yourself in any area of your business. Whether it’s a cash flow bucket, or your own personal reserve for time, energy, or attention, you avoid running on empty. This often leads to a sudden increase in productivity that onlookers would be hard pressed to explain.

Enhanced productivity happens naturally when you build up your capacity and resilience while simultaneously decreasing your stress. Remember, control is the antidote to stress. And in the absence of stress, you begin to think smarter. It’s as if you have boosted your IQ by 15% (sometimes much more).

You begin to think like a farsighted entrepreneur, someone who looks a few moves further into the future like a Grand Master in a game of chess. Rather than frantically rushing to put out fires, barely making payroll, or feeling exasperated by your own lack of energy, you regain the calm, crisp clarity of a master entrepreneur who sees hidden patterns and new opportunities to get things done in a more elegant way.

Do you want to become a farsighted entrepreneur? Would you like to make the process easy and automatic? Then consider working with me through asynchronous coaching. Start a conversation with me on Voxer. Download the app and search for CoachTodd.