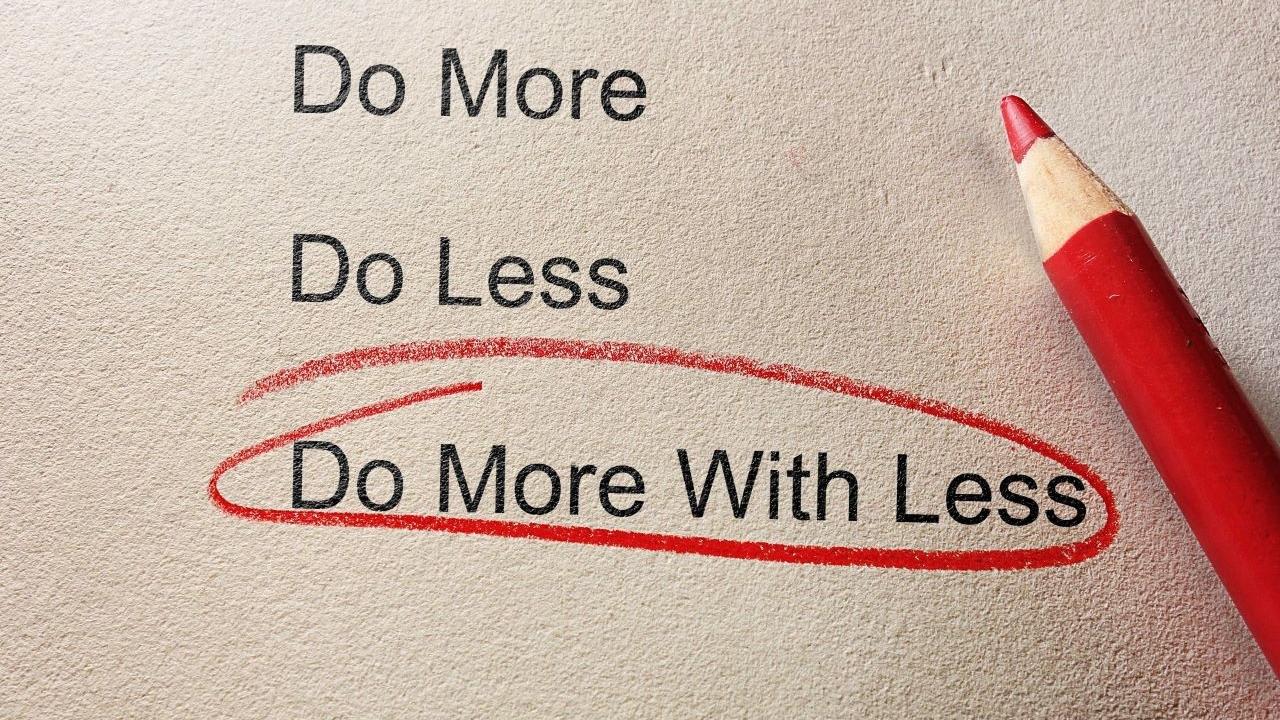 Nobody cares how long you work. They only care about the results you’re able to produce. So I challenge you to get more done in less time.

No doubt you’ve heard of Parkinson’s law. It says, “Work expands to fill the time available for its completion.”

But do you believe it’s actually true? What I mean to ask is whether you believe this principle is true for you personally.

Could you finish your daily routine faster if you gave yourself less time to finish? Is it just a concept that’s true in theory? Or does it work in real life?

Pause to consider the implications if it really is true. Does it mean you could finish your workday in six hours if you put your mind to it?

Imagine having an extra two hours per day. That would certainly be fun, wouldn’t it?

What do you think? Is it worth an experiment to see if it works in real life?

Before you answer that question, let’s examine the evidence. Let’s see what happened to those who already gave it a try.

If you’re like me, the idea of working less to accomplish more is a bit counterintuitive. I grew up in a hardworking middle-class family. At home and at school I received the same message. To succeed, put in more time.

Then I became an entrepreneur. I began networking with some very successful people, and I noticed something strange.

The most successful entrepreneurs spent the fewest hours working. They spent a lot of time thinking about business, but they didn’t seem to value 12-hour workdays or working seven days a week. In fact, it was quite the opposite.

I began to see that “success” in business is less about time and more about creating results that other people value. As a result, I began to advise my less successful clients to cool off, take a break, and “slow down to go fast.”

What about all their employees? Leaders at the top need to spend time thinking, but does working less boost productivity for the rest of the organization? Let’s find out.

In 2019, Microsoft put this idea to the test with one of its subsidiaries in Japan. It was part of their “Work-life Choice Challenge,” in which all employees took every Friday off, working only four days per week during the month of August.

Why would this happen? Well, there were certain policy changes that enabled this, such as a 30-minute maximum length to all meetings during the experiment. But it’s more than that. The real reason is this…

The longer we work, the less efficient we become.

For example, a 2015 study reported in The Economic Journal showed that munition workers’ output in a factory setting gradually decreases over time. At first, output is highly correlated with the number of hours worked. But as the workday drags on, output begins to lag, with decreasing returns.

Why do we become less efficient the longer we work? It could have something to do with mood and energy. In Sweden’s second largest city, a 23-month research study found that, “nurses — considered a high-stress profession — were happier, healthier and more energetic when working six-hour days instead of eight hours.”

Of course, you could have guessed that result from your own personal experience, right? Long hours are not good for peak performance, which requires high energy and focus. But it also has a lot to do with mood. Working hard and fast is easier when you are looking forward to a long afternoon of fun, rest, and relaxation.

Do you need more proof before you consider giving this a try? Then consider this. A company called Perpetual Guardian in New Zealand is a will-writing company. They did an eight-week trial, giving their approximately 200 employees an extra day off each week while keeping pay and other benefits unchanged.

During the eight-week trial, worker productivity increased by 20% despite the decrease in hours worked per week. It wasn’t just the employees who reported feeling happier during this experiment. The chief executive called the experiment an “unmitigated success.” Would you like a bit more success from working less?

How to Reduce your Own Working Hours

If you’re still feeling skeptical, I challenge you to test this on yourself.  Here’s the key to doing so. Start small.

When you don’t have a research team available to measure and quantify your productive output, it’s difficult to do an eight-week research study on yourself. So allow me to recommend a smaller way you can test this to see if you like the results.

When I work with entrepreneurs as a productivity coach, we typically start by breaking down daily tasks into two groups:

Progress tasks, on the other hand, are the growing edge of the business. These are the new products you’re trying to bring to market, or new systems you want to put in place to improve efficiency.

The goal is to shrink the time needed to get through maintenance tasks each week in order to increase the percent of time available to work on the progress tasks that can move your business forward.

That’s a worthy productivity goal in and of itself, but here’s how I want you to use your list of maintenance tasks. Use it as a test. See if you get more done and feel happier by reducing the time you allow yourself to spend on this part of your business. Apply Parkinson’s law to your maintenance tasks.

Here are the steps involved:

When you squeeze your work into a smaller box, your efficiency will improve. Your mind will wander less when working for shorter periods with a hard-stop deadline followed by a break to have some fun.

Productivity is about the results you produce. Nobody cares how long it took you to produce those results. So I challenge you to use Parkinson’s law to your advantage. Remember, work expands to fill the time available for its completion.

If your workload keeps expanding, you might be tempted to work longer hours. Don’t do it. The real solution is to work faster by working less.