Inbox Zero: The Zenith of Productivity? 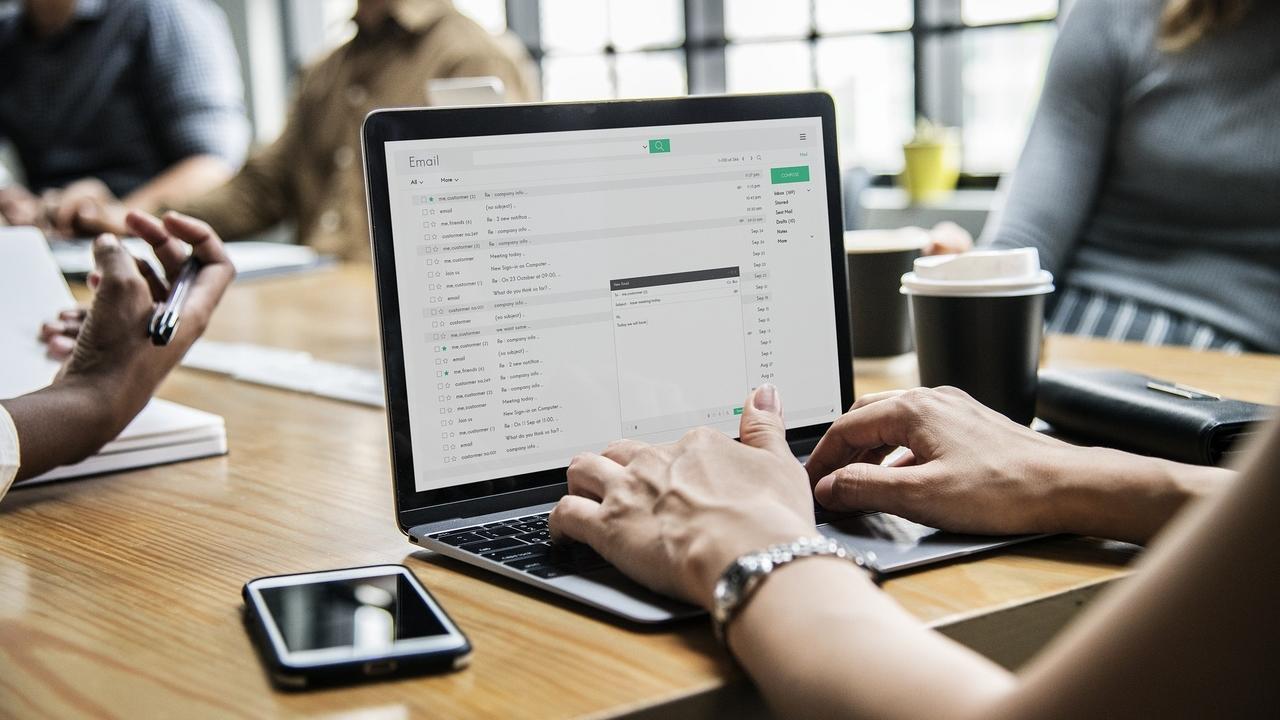 “Inbox Zero” is a concept that effectively triages your inbox so you can achieve better productivity.

Get my list of email tools to improve productivity here.

What is Inbox Zero?

“Inbox Zero” is a term that was coined by productivity evangelist, Merlin Mann, who gave a popular Google Tech Talk on the subject in 2007. Since then, there have been several different methodologies proposed for achieving Inbox Zero, so you can choose the method you prefer.

What is Inbox Zero? It’s a system for organizing and filing email messages quickly. You label and triage emails so that you reach and maintain the coveted status of an empty inbox every day.

It’s important to note here that Mann’s premise isn’t to fanatically keep your inbox at zero, but the term refers to the amount of time an employee’s brain is in their inbox.

From Mann’s original presentation, the underlying idea is to take action on everything in your inbox immediately. This doesn’t mean you commit to responding or to completing tasks right away, but that you somehow process the email on the spot.

The possible actions Mann outlines are:

The original intention behind Mann’s Inbox Zero proposition was to free people from their busy inboxes. The idea is that they can get in and out quickly, giving more focus to the things that matter the most (like your work!). 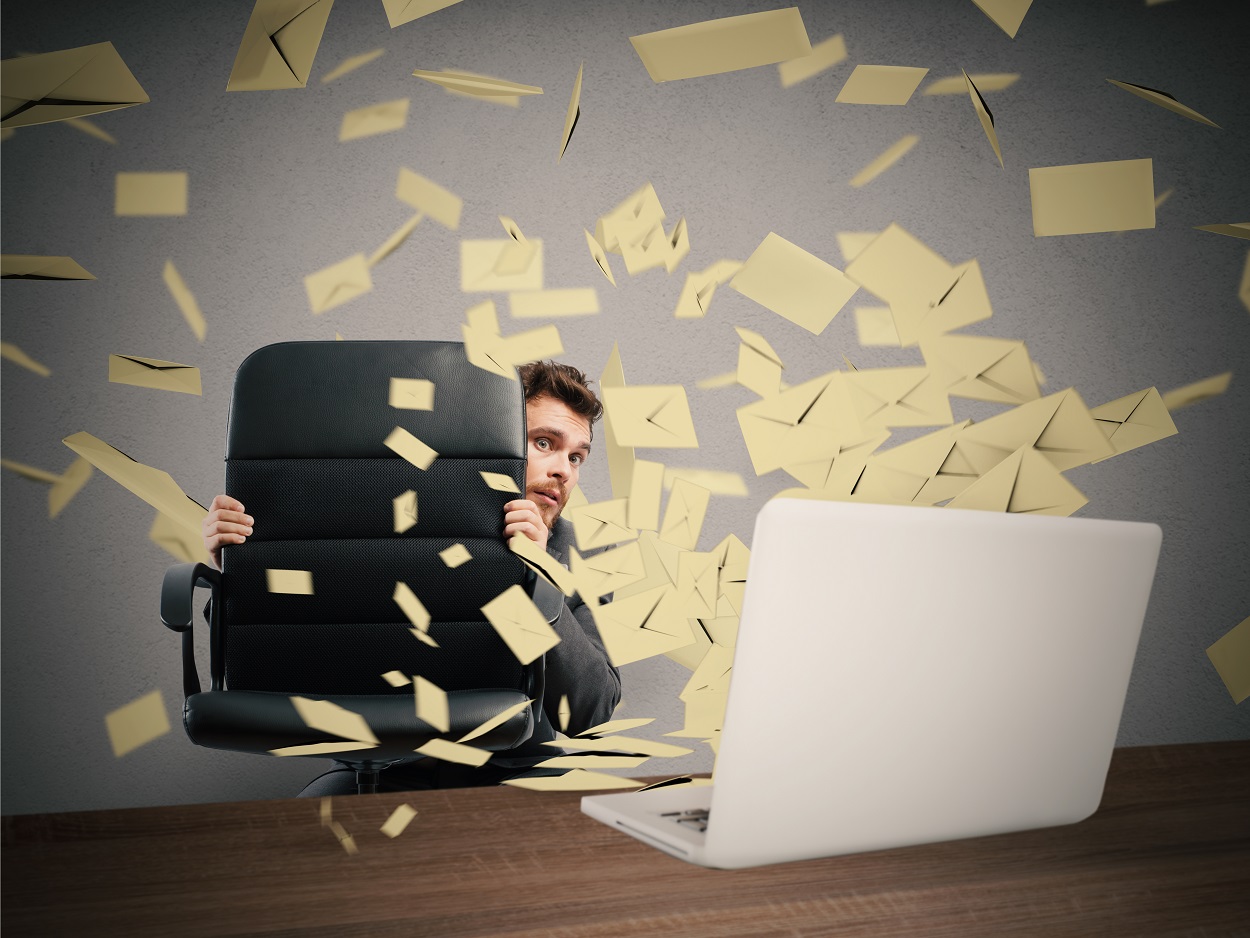 The Psychology of Inbox Management

There have been some interesting theories proposed for why people manage their inboxes the way they do. In a research piece for The Independent, Shana Lebowitz interviewed psychologists who proposed that there are three main types of people when it comes to inbox management:

It’s interesting to read about the journeys people have taken to reach Inbox Zero. Silvia Killingsworth wrote Zero Dark Inbox for the New Yorker a few years ago and talks about how she treats each email as a task to complete.

She describes how she gets some “gratification from tidying up.” For her, achieving that Inbox Zero is like a never-ending electronic game - a virtual “whack-a-mail.” Killingsworth says:

“For me, Inbox Zero is a coping mechanism for the anxiety created by a constant flux of e-mail: the basic philosophy is “out of sight, out of mind.” On the one hand, it feels great not to linger on past conversations; but on the other hand, I forget whole interactions as soon as they’re gone from my screen. I’ve traded short-term memory for a Googleable inbox, which maybe isn’t such a bad thing. As long as you can remember some text from the message, or who sent it, you can call it up in seconds, much like you might Google anything else using keywords on the Internet.”

Sara Rosso of Automattic is a fan of Inbox Zero for getting rid of the nagging feeling from unread emails. Her approach is to use tools such as preset filters to sort her incoming mail for batch processing.

“Not all messages are meant to be answered, or are worth your time. Clicking on delete / unsubscribe / archive took some getting used to at first – before I would just tell myself I’ll reply later, but I wouldn’t. Now I’m more honest, and just do that action immediately.”

On the other hand, some people have tried an Inbox Zero approach and couldn’t make it work for themselves. Darren Tome of Mashable is one. He feels he loses valuable oversight of conversations when they are not within his immediate view.

“I’m not the most efficient at email, I definitely don’t subscribe to the Inbox Zero philosophy. For some reason, archiving email and removing it from my inbox to me means I don’t need to pay attention to it any more.”

What can you do to achieve Inbox Zero?

Here are a few principles to help you achieve Inbox Zero, or reduce your email overload: 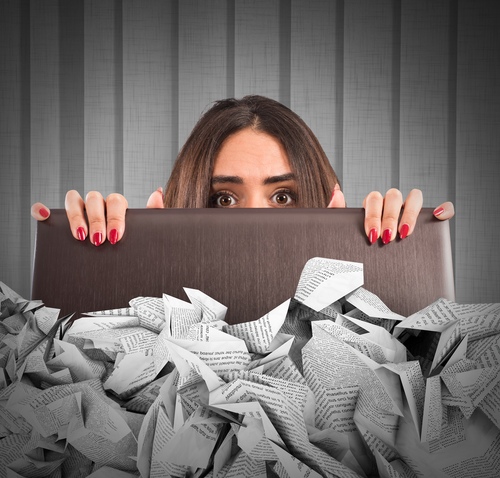 Are there any traps?

There are a few pitfalls to watch out for when working toward Inbox Zero.

Inbox Zero, when done well, can enhance your work abilities, but if it becomes a compulsive thing, it can be harmful to your productivity (Always set a countdown timer before you start processing emails so you make a conscious choice about when to focus elsewhere).

A research piece in The Atlantic describes how for some people, compulsively checking email and clearing out queues is a form of gaining control over those alerts and alarms. However, productivity can pay the price - it takes an average of 25 minutes for people to reorient back to a task when they have been interrupted.

Don't even look at your inbox other than those specified times you block out.

Many people have discovered the incredible value of checking their email only once per day. If that takes too much self-control, or you just need help getting into the habit, try the Boomerang extension. It lets you pause your inbox, only sending new emails to your inbox at the times you specify.

I found that when I first tried it my blood pressure dropped considerably because I no longer felt like there were constant emails needing my attention.

Beware of the precedents and expectations you accidentally create with your email behavior. Responding quickly to emails can generate a never-ending cycle of new emails!

People become trained to expect that you respond quickly, so they might default to asking you first about anything, before trying colleagues. Ironically, sometimes you can be more productive by giving the impression that you are slower to respond. Use that snooze function to slow down the flow of non-urgent emails!

Lastly, if you don’t have an email filing system that you’ll remember, it can be a productivity nightmare. On Inbox Zero, Piers Steel of the University of Calgary says:

“I like the idea, but I still need a place to store the messages. I’ve tried a good filing structure, but invariably things get mis-sorted and you forget where you put stuff.”

The solution may be to spend less time sorting, since you will never need to access 95% of the emails you archive. You'll spend less time in the long run if you just rely on the search function to find those 5% of emails you need to reference later.

Is Inbox Zero the zenith of productivity? The answer is “yes and no.” Achieving Inbox Zero can be a boon to productivity where it is managed well. This means rather than compulsively checking email as it comes in, time blocking and checking between one and three times each day.

Psychologically speaking, achieving Inbox Zero can free your mind for better focus on tasks that move your business forward. You go home at the end of the day confident you will start with a clean slate the next morning.

On the contrary, if you can’t follow a good filing system for emails, train people to expect you to respond quickly or become compulsive about checking email, this can harm your productivity.

It’s important to find the email management system that suits your own needs and preferences. So start a two-week experiment. Then re-evaluate. Repeat that process until you find the sweet-spot that works best for you.