Do Affirmations Make You More Productive? 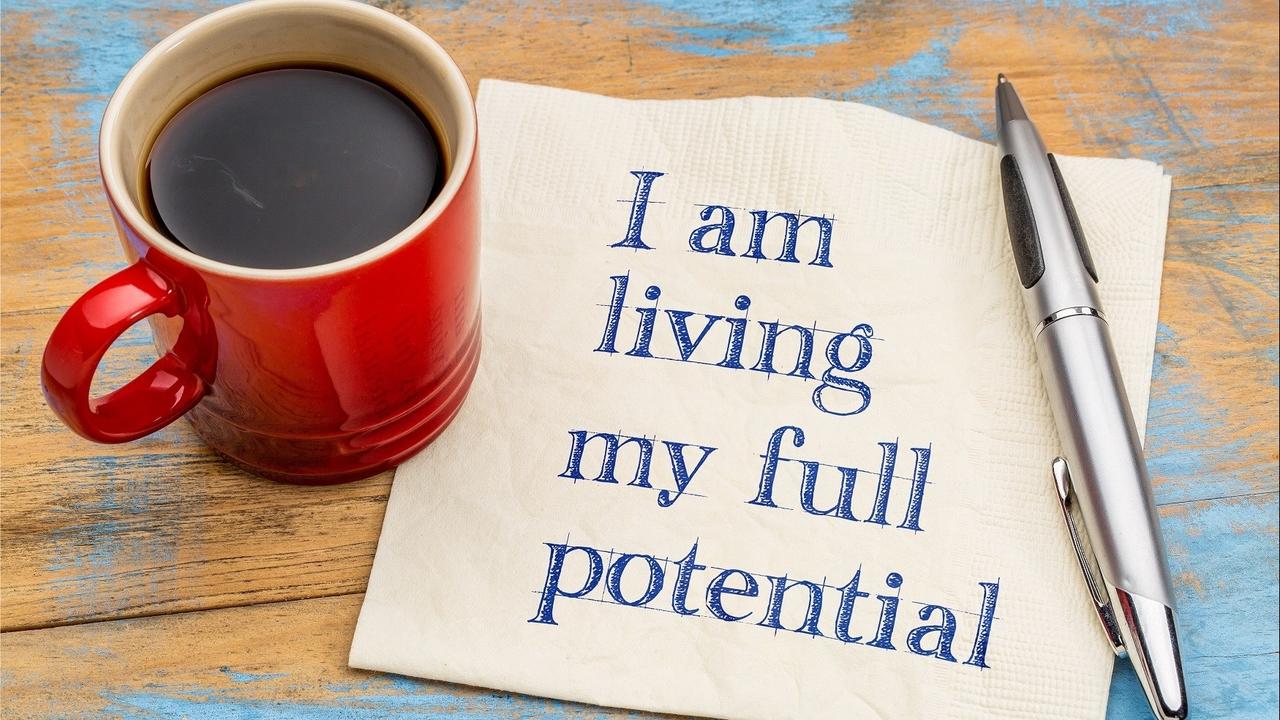 Much of what you accomplish in this life depends on your beliefs about who you are and what you are capable of.

So, it makes sense that many of my clients practice affirmations.

They want to adopt beliefs that support the grand vision they hold for their lives and businesses. They want to instill a sense of possibility, strength, and certainty deep within the mind’s subconscious operating system.

So they use affirmations.

It’s a common practice stemming from a self-help industry that is propelled forward by ideas that sell, even if those ideas have no scientific merit or practical utility.

I’d like to show you something better. Something that actually has the power to change your life.

It’s an alternative to practicing positive affirmations for those who want to test the limits of what’s possible, and for those who enjoy the thrill of truly striving for uncommon results.

The Problem with Affirmations

Affirmations represent an attempt to change your beliefs through repetition. There’s just one small problem with that. Humans have a built-in B.S. detector.

We are immune to the effects of affirmations because we suffer from something called sanity.

As a sane person, you would not be affected by a repeated affirmation that “Most grass is pink.” And the reason is simple. You know the affirmation is false.

In the same way, if you know yourself to be a person prone to procrastination, an affirmation like the following will have no effect on your underlying belief system about yourself: “I act instantly on all tasks to move efficiently toward my goals.”

They divided a large group of college freshmen into different experimental conditions to see what would happen. One group repeatedly visualized a positive outcome while another group mentally simulated the process needed to attain that outcome.[1]

The results of this study may surprise you.

The first group was asked to mentally simulate themselves walking up to the board where grades (for a class they were all enrolled in) had been posted for a final exam. They were instructed to vividly imagine finding their name on the board, and seeing an ‘A’ by their name.

In contrast, the process-visualization group was asked to envision themselves sitting down to study, turning on a light, turning off the music, and opening their textbook to study.

Guess which group did significantly better on the exam.

That’s right, it was the group who mentally simulated the process, rather than the outcome. In fact, visualizing yourself getting an ‘A’ did not even lead to a statistically significant improvement on exam scores. While visualizing the process of studying was correlated with a very significant boost in scores.

Here’s the theory behind why this works.

Visualizing ourselves doing something “primes” us to follow through on that action. It’s the same reason athletes can improve performance by visualizing the process of shooting a perfect free throw or a perfect ski run (turn by turn) down the slope of a steep mountain.

What Works Better Than Affirmations?

That’s why it’s so hard to stop worrying. And it’s the reason we often have sudden insights when driving home or taking a shower. Even after hours of deliberate conscious problem solving, your brain continues its problem-solving effort even though you have consciously disengaged from the problem.

When trying to shift your own behavior patterns, it helps to start with reality. Specifically, you should carefully create a clear understanding of the gap between your current reality and the better, ideal scenario you would prefer.

The more clearly you see the contrast, the more you activate the natural inclination of your brain to begin a problem-solving process. A process that pulls you toward the kind of gradual progress that will eventually close the gap between your current reality and the goal you have formed in your mind’s eye.

Focusing on the gap between reality and what you want is the key.

Do not use affirmations or positive visualization to pretend you have already achieved something, because psychological research has revealed that it merely saps your motivation.

It gives you the false sensation that you have already arrived. As a result, it robs you of the natural, built in capacity your brain has for creatively generating solutions to problems.

In his book, The Path of Least Resistance, Robert Fritz describes this tension between our current reality and desired outcomes as the ultimate key to creating the life you want.

While not traditionally trained as a scientist, his acute observations of the creative process in the world of media and entertainment has allowed him to dissect the difference between those who consistently create amazing works of art, and those who merely wish to do so.

Fritz calls it “structural tension.” It’s the natural tension that arises when you have a very clear vision for the masterpiece you want to create and a very realistic view of where your project currently stands.

Fritz suggests you should “…learn to form new structures in your life that will enable you to direct the path of least resistance to where you truly want to go.”[2]

The key to what Fritz is describing here is the “structural tension.” It ensues from a sober evaluation of your current circumstances, and how that contrasts with the circumstances you want to achieve.

By using affirmations in the present tense (as if you have already achieved the desired goal), you create the emotional experience of having already achieved your goal. In doing so, you disassemble the powerful structure that could otherwise cause the rivers of energy in your life to flow naturally toward closing the gap.

If you want to change your life, don’t diminish or hide from the gap that exists between your current reality and the end goals you value. Instead, embrace that tension. Use it to channel the energy of your life force toward creating something that inspires you.

How to Double Your Results with One Simple Upgrade

You can use what you’ve practiced so far in this article to great effect. But why not double the effectiveness of this technique with one simple upgrade?

You’ve likely heard this phrase before. “What gets measured, improves.”

It’s a simple concept. So simple, in fact, that many people overlook the power of this law of human nature.

Here’s how it works. If you keep track of a new habit you wish to instill in your life, perhaps using a log or some sort of habit modification app on your smart phone, you repeatedly draw your attention back to the actions you have or haven’t taken to move toward a desired outcome.

In essence, this is attention management. You are repeatedly drawing your attention back to the actions that can move you toward your goal.

Attention is the key to self-transformation.

Rather than spending 10 minutes on affirmations in the mornings, try this simple method Benjamin Franklin used.

Franklin had a list of several “virtues” he wanted to embody more consistently. At the end of each day he gave himself a mark to indicate the degree to which he felt satisfied he had practiced the virtue that day.

Each week he chose one particular virtue to focus on. He did this to avoid diluting his attention. Yet he would track his progress on all of the virtues on his list at the end of each day.

In this way he would rotate through all of the virtues, giving them each special attention for one week at a time.

In a surprisingly short period of time, this simple method yields lasting results. It allows you to capture a moment of motivation and translate it into a new habit.

It is simply attention management. It’s the process of creating a structure to repeatedly draw your attention back to the tension that exists between your current reality and the state of affairs you aspire to.

As I often tell my productivity coaching clients, structure trumps motivation and willpower. So let me ask you, what structures can you build into your life to support your goals?

Within the structure of weekly productivity coaching sessions, I guide my clients through the process needed to create structural tension. And that’s really just a form of attention management. It’s guided attention management that evokes rapid progress and leads to lasting change.

Regardless of where you find yourself along the journey of building your successful business, remember this simple fact. Humans are happiest when they are making progress.

It is built into our DNA. Happiness is not the result of achieving extraordinary goals. Rather, it is more commonly the result of small progress toward meaningful goals.

Keeping that in mind, consider how you might use structure and attention management to bring your mind more consistently to the disciplined actions that yield progress. Then enjoy the benefits of a disciplined life.

[2] Fritz, Robert. The Path of Least Resistance: Learning to Become the Creative Force in Your Own Life. Elsevier Science, 2014.