Checklists Make You Smarter and Faster 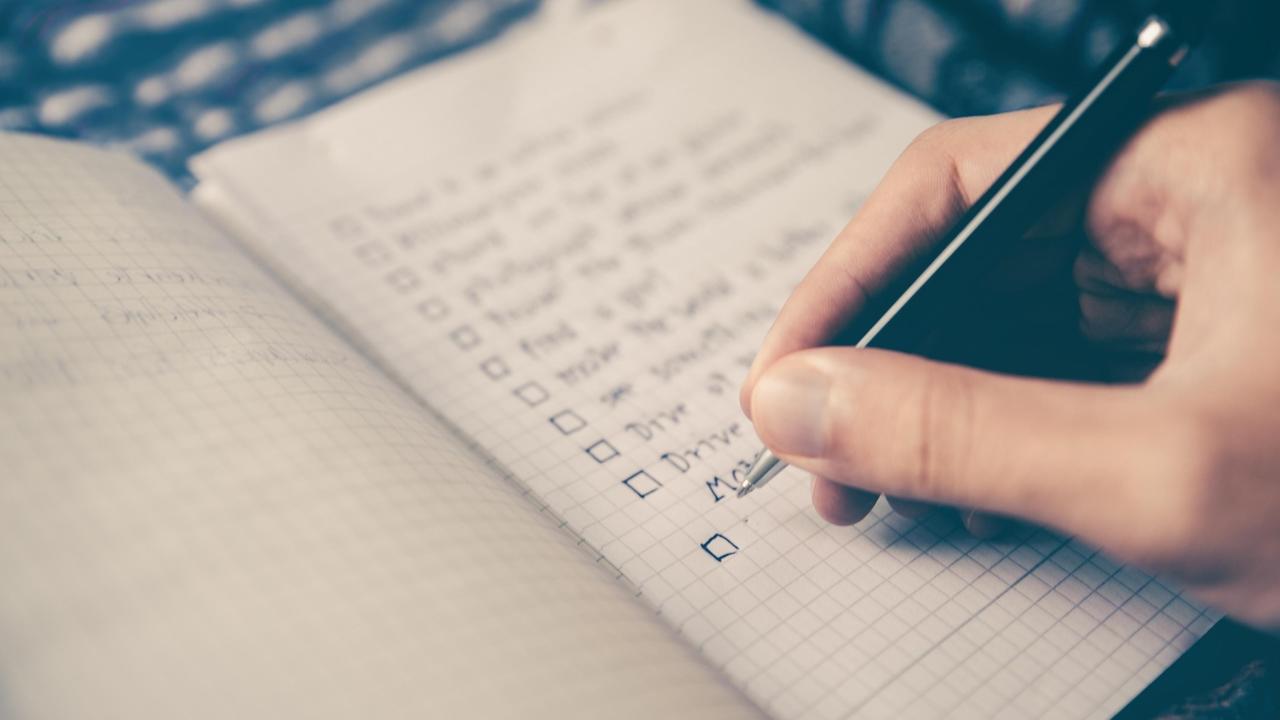 Checklists are not just for uber-organized people.

Rather, they are tools to dramatically increase your speed.

There’s something satisfying about checking off the items on a checklist. Beyond the sheer satisfaction though, what if using checklists could actually make you smarter and more productive?

Smarter and faster? Here’s how that works:

Free download: How to create your own useful checklists.

One of the common uses of checklists in workplace situations is for complex tasks. In his book The Checklist Manifesto, author and surgeon Atul Gawande explores the use of checklists in daily and professional life.

He points out that even the most basic mistakes can have a cumulative effect, leading to something more serious later on. And that’s one of the reasons airline pilots rely on checklists before every single flight.

It doesn’t matter if an airline pilot has flown the same route in the same aircraft hundreds of times, they still use the checklist. And sometimes it's not about saving lives. It can just be about saving time. As a passenger, how would you feel if the pilot had the back of the plane off the runway because he just remembered “one more thing” that probably should have been done.

No one likes re-work - it can be a massive time-waster in the workplace or at home. Picture kitset furniture from IKEA - what happens if you miss a step?

Within his own profession, Gawande and other researchers studied what happens when a two-minute checklist is introduced into the operating room. The positive impact was almost unbelievable.

The surgery checklist was for basic things like making sure blood and antibiotics were available before starting. The eight hospitals that tested the checklists reported dramatic improvements in efficiency and patient outcomes once they finally got their surgeons to use the checklists.

As an expert in your own work, it’s easy to dismiss checklists, because it’s all in your head. Why write it down when you already know what you’re doing?

But the truth is, checklists make you smarter over time. Because you’ll occasionally have insights about how to improve the way you get things done. Those little insights can improve efficiency, but only if you capture them over time.

Here is the software Dr. Snyder uses to store moments of insight in one organized place.

Surgeons see themselves as experts. So they find it a bit annoying when a nurse is empowered to force them to go through a checklist to ensure they did simple things like scrub underneath their fingernails.

Yet these high-level, extremely intelligent experts were able to achieve much better results once they began using checklists as a part of their regular procedures.

Would you be willing to try it even though you already know what you’re doing? 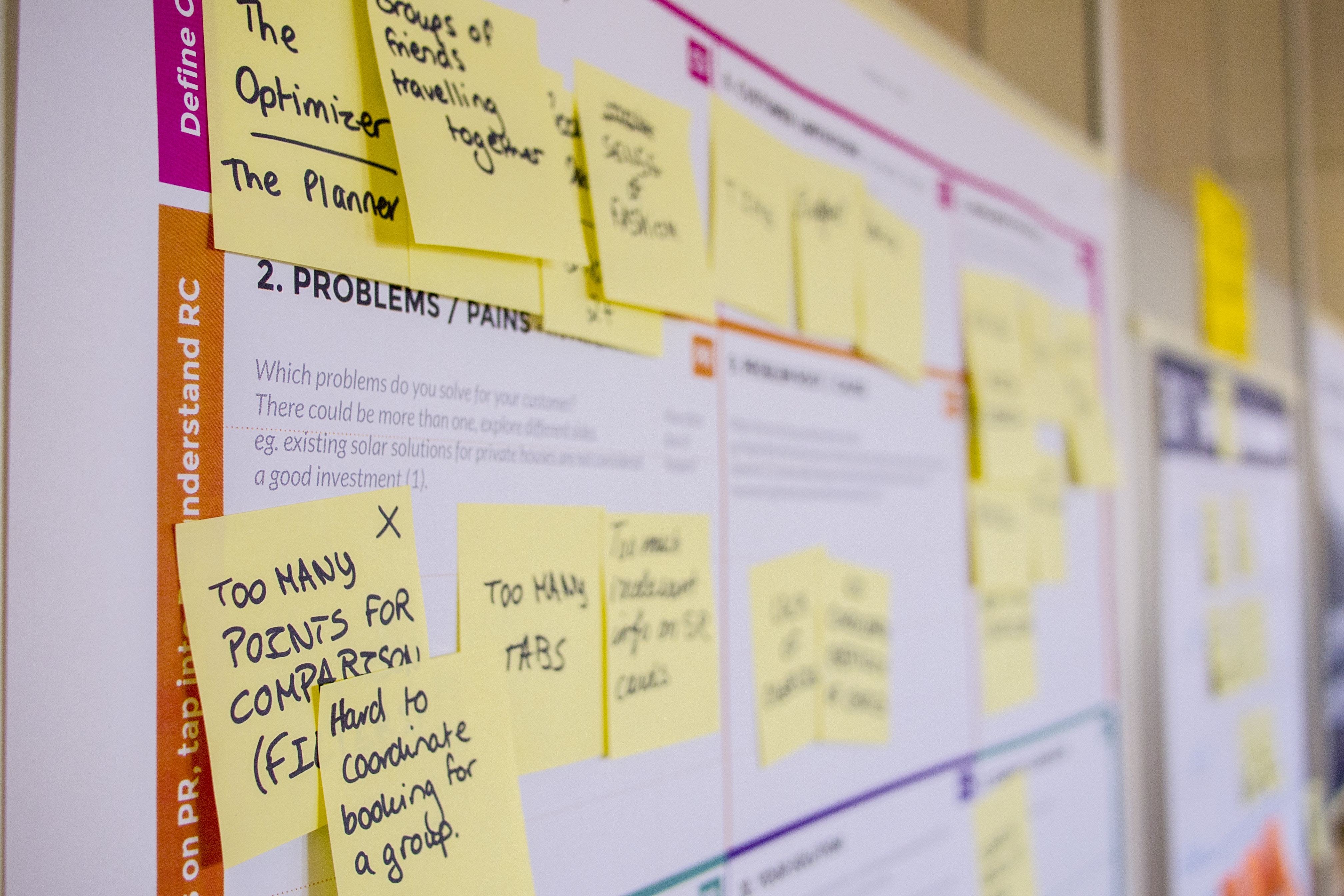 Checklists Will Make You Faster

Your brain is not always functioning at peak capacity. But when it is, create checklists. Because that’s like storing up power to use later when you really need it.

When you need to get through a routine task, having a simple checklist allows you to do it faster, because it reduces the mental load required for organizing your approach.

It's as if you've stored up your brain power when you have high energy and that version of you is coaching you through the process of getting it done now when you have low energy. The great advantage is that you get to re-use the high-energy product (your checklist) over and over without depleting more mental energy.

Warning: Don’t use checklists to micromanage

Gawande highlighted how checklists can sometimes go wrong in an interview with HBR.

He says people commonly misunderstand checklists to be a simple command and control tick-box exercise, whereas to work efficiently in a complex situation, you need to outline the critical tasks and trust people will get those done in the most effective way possible. In other words, avoid being overly prescriptive where it isn’t necessary.

An example he gives is the response to Hurricane Katrina, both from FEMA and Walmart. FEMA took a stance of rigid control with their checklists, to the point where people on the periphery would be saying “that’s not my job” and critical tasks were delayed. On the other hand, Walmart rallied store managers, gave them the most critical tasks that needed to be focused on (safety and communicating with their central office), and trusted that their people would get done what was needed.

As a result, ideas and actions from Walmart stores spread very quickly. They were the quickest at getting emergency equipment to personnel who needed it and got water into the city two days before FEMA did.

“It had to do with the idea that under situations of complexity, you want to distribute power out to the periphery as much as possible,” Gawande says.

Here's another cool thing about checklists. They make you smarter. That's because you can add to your checklist over time, gradually accumulating all your best ideas for how to get a task done better or more simply each time you do the task.

For example, when I'm writing one of these articles, I have a checklist of places to go for inspiration if I'm not immediately hit with a good idea for an article topic. I also have checklists for more mundane tasks like a list of tax compliance tasks I need to do at year end.

Then, I use recurring reminder software to show me the link to my checklist when the right time comes to get it done each year. I’m not wasting mental energy on trying to remember the correct moment to activate a checklist. In this modern era, there’s no reason to hold all that stuff in your head.

Checklists become templates that have captured all your best ideas. In this way, you gradually get better at any routine task. But here's something even better…

As your productivity increases, so will your revenue. And as your revenue increases, it becomes possible to outsource many of the routine tasks that you have already turned into checklists.

Many business strategists recommend the use of a single document or software platform that houses all of your SOP's (standard operating procedures) in an easily searchable format.

An SOP is essentially a checklist that speeds you up, reduces mistakes, and makes it possible to bring in outside help to get things done. When it comes to productivity, having a checklist you can hand to an assistant makes it possible for you to gradually expand the load you can carry without expanding the time required to get it done.

But you can also use this strategy simply for the sake of reducing overwhelm. How much more creative drive would you have access to if you weren’t worrying about task management?

Your Brain on Success

Once you start a checklist, it requires less mental effort to complete the task because of one curious feature of how the human mind works.

You know that satisfying feeling you get when you’re able to check things off your list? It comes down to neuroscience.

When you “achieve” something as simple as checking off a micro step on your checklist, your brain releases a rewarding, feel-good neurotransmitter called dopamine. And here’s the interesting thing about dopamine.

It’s not really satisfying in the truest sense of the word. You may have heard of dopamine as the reward chemical in the human brain. But more complex, modern psychological research on the topic has revealed that it’s more like a motivating chemical. Dopamine release causes you to seek more of it.

(Don’t try this at home, but when researchers stimulated the release of dopamine directly with chip implants in the brains of rodents, they kept pressing the bar to stimulate the dopamine release to the point of ignoring food and eventually starving to death).

This feature of how the brain works can motivate you to keep going down the checklist. Each time you check off something on your list, you get a little motivational jolt of dopamine released in your brain. As a result, it takes less willpower to get things done.

In fact, setting yourself to-do lists or checklists is a recommended “hack” to get the dopamine flowing.

Checklists and other productivity tools can make potentially overwhelming tasks more doable. This can lead to a higher flow of dopamine and an ongoing motivational effect.

Checklists can take over when your brain isn’t at top speed. They can prevent mistakes and make you more efficient.

Checklists are a great way to compile your accumulated knowledge as it develops over time. You get the benefit of recording the smartest, most efficient way to get something done so that you’re able to expand your capacity as a leader in your organization.

It becomes far easier to delegate a task to someone else when you’ve created checklists or SOPs.

Finally, checklists activate the neurochemistry of motivation. That thrill of satisfaction as you check another item off your list is dopamine at work. Rather than burning up limited willpower, tap into the natural wiring of your brain to make it easier.

Here is the software Dr. Snyder uses to store moments of insight in one organized place.